How We Become Wounded 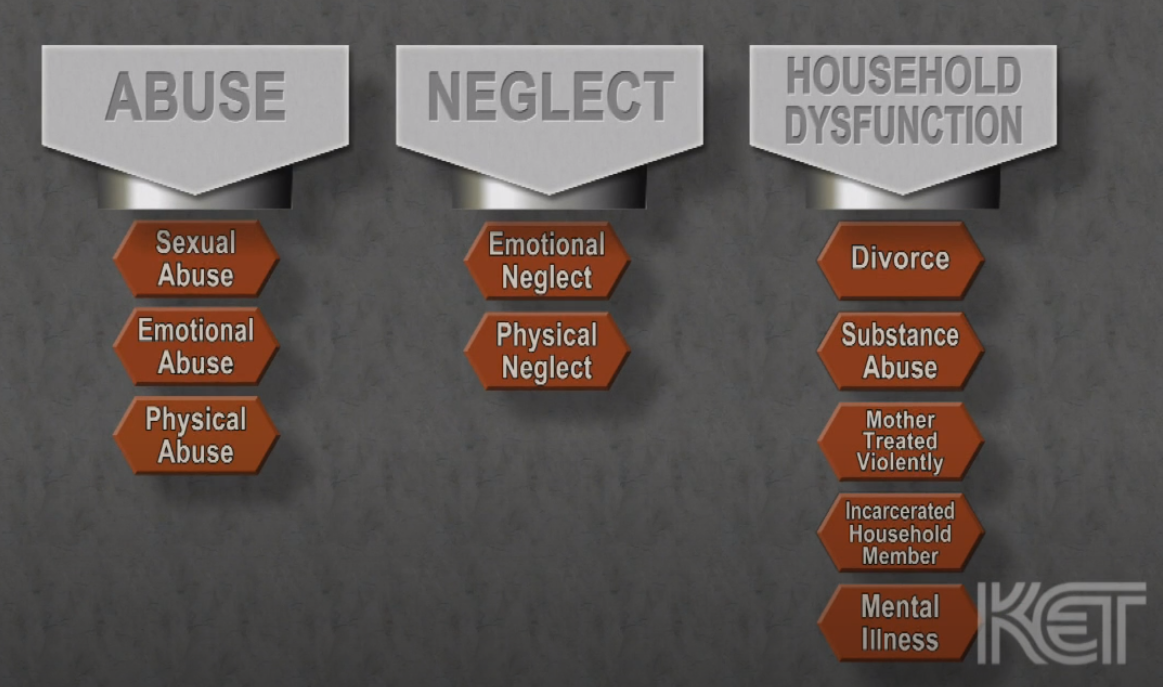 In a normal and emotionally healthy environment, children can rely on two loving parents. The parents  push their needs aside for a time, in order to focus on their child's needs. The parents interpreted the needs that their child was incapable of expressing (eg "I'm hungry.  I need my nappy/diaper changed.  I am scared and I need to feel protected.  I need a cuddle to show me you love me and that I am important to you.")  The adults consistent, selfless actions demonstrate to the child that he/she is extremely valuable to the parent.  The child's environment is secure and safe because the parent's acts of selfless love are continuously and dependably repeated.  It is this safe environment that permits the child to grow emotionally stable and confident in his/her own worth.

Even animals are not immune from experiencing mental stress when they are isolated from their social network group - their herd.  Horses develop obsessive weaving behaviour when they are confined to a small stall and thereby prevented from socialising within the herd.  ie lack of equine relationships and connection; forced isolation.  Captive and isolated, chained elephants also develop the habit of weaving.  It is recognised as a sign of social distress.  Dogs whine and vocalise their mental stress and will sometimes destroy the environment that keeps them isolated from their 'pack.' 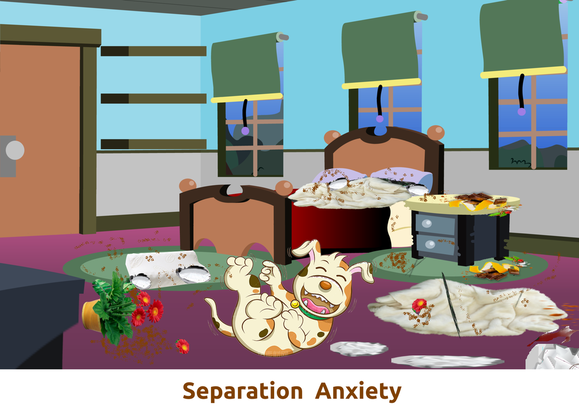 Just as animals can feel anxiety when separated from their herd mates or pack, so humans can likewise experience anxiety when in a vulnerable environment and disconnected from their network of social contacts. ​ Emotional health is as vital as physical health, but when human children don't experience love, the consequences are always injurious and often can be life-long and devastating.

A child who is deprived of a safe and loving environment does not have the opportunity to develop true self-confidence and self-worth.  An emotionally deprived child is focused on survival and on trying to stay safe.  An emotionally deprived child still longs to have their self-worth filled, but without any other options, they look beyond their failing parents, to others outside the family.

Humans are also born into a 'herd' called a family.  That family should provide all the needs required by the young humans - safety, security, social, education, nourishment, water, shelter and nurture.  Nurture is experienced as being loved.  The young humans need to receive love and it is by learning to receive love that they are able to give love and to have the capacity to empathise with others.  The absence of Love is fear.

It is interesting that the Christian Bible says that when the Creator made humanity, in the form of Adam, the Creator stated that "it is not good for man (humanity) to be alone."  We are meant to be in a herd - a human herd which is a family and then families together that join communities and societies.  Humans are meant to be together to interact by giving and receiving love.   Sadly, many humans have not received love and they are not unable to function emotionally as they were meant to function - being able to trust and enjoy being in emotionally intimate relationships with other people.  When a child is convinced by abuse, neglect or indifference that he/she is unloveable and worthless then they become less willing to make the effort to form intimate relationships.  Being vulnerable is dangerous and can potentially cause rejection, mocking and serious emotional pain.  In particular, men are forced to retreat emotionally; to mask their emotions; to ignore their emotions because expressing emotions is considered by our culture evidence of being 'not masculine,' 'like a sissy' and weak.

​The following is an extract from the article Adult Victim/Survivors of Childhood Sexual Assault, written by Lara Fergus and Monique Keel in ACSSA Wrap – November 2005 available here: https://aifs.gov.au/publications/adult-victimsurvivors-childhood-sexual-assault

"In 1992 Judith Herman likened the effects of childhood sexual assault on survivors to the effects of war on combatants. Many studies since have documented correlations between childhood sexual assault and adverse psychological and social outcomes such as increased depression, anxiety disorders, antisocial behaviour, substance abuse, eating disorders, suicidal behaviour, and post-traumatic stress disorder (Dinwiddie et al. 2000; Fergusson, Lynskey and Horwood 1996; Mullen, Martin, Anderson, Romans and Herbison 1994)."
References: https://aifs.gov.au/publications/adult-victimsurvivors-childhood-sexual-assault
A most interesting experiment was conducted by researchers on the ability of trauma to effect offspring for several generations.  The experiment and its results are mentioned at 6 minutes into the video and then discussed at 13 minutes.  Counsellor Kati Morton interviews psychologist Alexa Altman and serious implications are revealed for children who have been born into dysfunctional and/or stressful family units.  Dr Altman also addresses how ACEs - Adverse Childhood Events - impact the health of adults decades after the trauma experienced in their childhood.

The demonstration of love - nurturing - is necessary for humans to be emotionally healthy and happy, from birth to death.  Receiving nurturing from our mother is vital for babies who need to have a stable attachment to her and hopefully also to their father.  When the loving, secure attachment is denied to the child by the parent for any number of reasons (e.g. drug or alcohol addiction, neglect, mental illness, narcissism, abuse) the child receives a severe emotional wound.  The wound can cause lifelong compensatory behaviour where the child feels unloved and feels the need to gain approval from the outside world rather than knowing he/she has tremendous value just because they exist. ​

Concerning Developmental Trauma Disorder, in an article that was medically reviewed By: Kelly L. Burns, MA, LPC, ATR-P , author Jessica Anderson writes:
"Children who have been chronically neglected or abused learn early on that adults will not provide for basic needs, such as food, clothing, warmth, and shelter. In this case, they must learn to provide for themselves, so they become self-reliant and are hesitant to trust adults. They also learn that they have to be in control of their surroundings to survive, and they carry this need for control into their adult life, even when it's no longer helpful or necessity. That's why children with Developmental Trauma Disorder will go to great lengths to gain control. They may even resort to lying, stealing, manipulation, destructiveness, and cruelty, all of which are common traits of someone with this disorder."
www.betterhelp.com/advice/trauma/developmental-trauma-disorder-is-not-as-complex-as-it-sounds/T

The realisation by abused or neglected children that they are not able to trust adults to provide for their needs, causes many children to decide that they must provide for themselves, despite the fact that they are disempowered because of their young age.  They might begin to lie, cheat, steal, manipulate, use their body in order to have their needs for food, shelter or nurturing met.  As the child grows older, the habit is deeply formed and the anti-social behaviour continues to be justified as a survival technique and in fact, in many cases, this is truly a survival tactic.  As an adult though, often addicted to drugs or to a behaviour like pornography, the negative repercussions from society can impact the person who is labelled 'bad' - ie a thief, an addict, a cheat, a liar etc.  The negativity is often felt by the person themselves who battles to feel love for him/herself.  They too believe that they are worthless - a liar, a thief, a cheat, an addict - as if those words identify them.  But these adaptive behaviours hide the true self.  That little child that still wants to be loved and valued is still alive, inside the mind of the adult.

Jessica Anderson states, "If you've gone through trauma, it's important to remember that these traits are not a part of your personality or who you are in general. They're simply symptoms of the struggles you've faced in the past. With the right help, you can move past these symptoms and become the person you've always wanted to be." 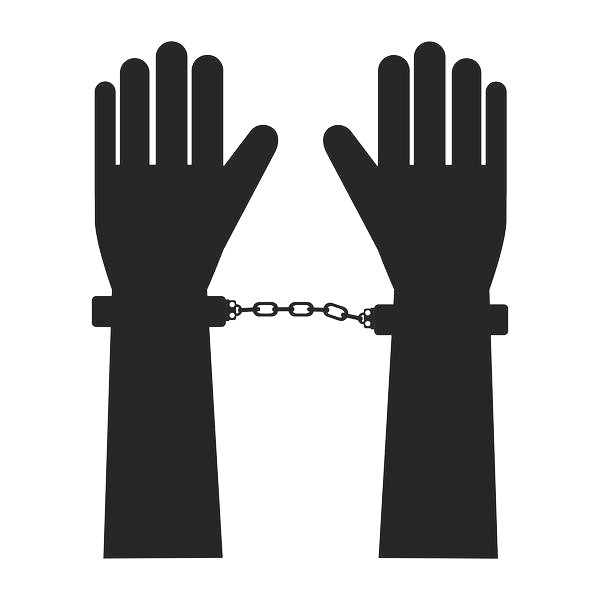 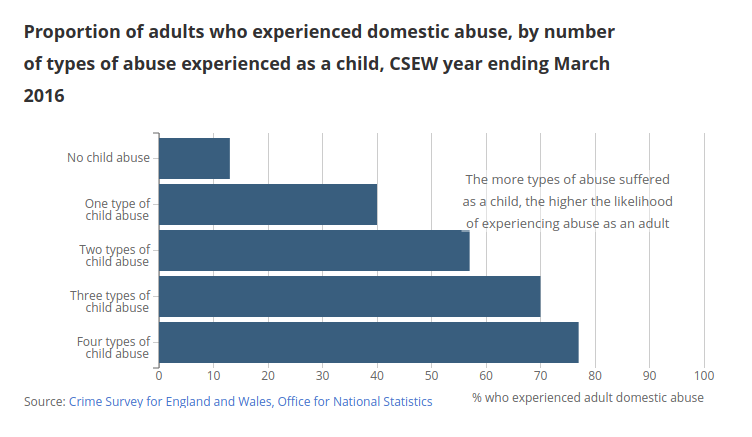 As porn has become more denigrating to women, young boys feel entitled to berate young girls who refuse to accommodate their requests/demands for sexual access.  The girls who were previous taught to 'value' themselves and to 'save themselves for that one special man' now experience severe pressure to 'perform' and to allow boys access to their bodies.  Often, girls are bullied into sending nude photos to boys who they are trying to impress, only to experience intense mockery, humiliation and serious remorse when the photos are shared to the internet or to the school environment.  The girls experience disrespectful backlashes as they continue to be objectified.  Based on the boys' sexual evaluation of the photos, some girls are then considered not worthy of any further sexual pursuit, as she is 'ugly,' 'fat,' or has some other 'defect.'  Other girls become sexual targets that boys strive to 'score.'  All the girls are disrespected and considered 'cheap' when 'scored,' but a girl who won't 'cooperate' becomes invisible and is ignored or teased and bullied about being too ugly to send a nude photo.

During the 'scoring' process, the girl is taught by porn, that her role is to ensure that the boy gets satisfaction.  Her own emotional or sexual pleasure is of no consequence, because all that matters is that the boy is pleased with the interaction.  This is not an equal relationship, but it is one that girls who don't have rock-solid self worth, seem prepared to accept because the alternative - being invisible and ignored - is too painful to endure. A kind of emotional if not physical rape or prostitution is preferable.   The payment for consenting to sexual access is that the boys won't tease her anymore or harass her, but it is rarely the safe decision for the girl.

Instead of achieving fulfilment of their emotional needs, this tragic arrangement leaves both boys and girls warring against each other.  Girls realise the only way they can receive attention and praise from boys is to dress provocatively, but not to actually give sexual access to the boys.  Boys who feel entitled due to porn's influence, believe they should be able to access the girls' bodies.  Girls tell the boys, 'You can look, but you can't touch.'  Boys become angry at what they consider being teased and creatively invent many derogatory names for the girls, or some more manipulative boys find more success by charming the girls into agreeing to their 'romantic' requests.