The attraction of the sexual abuse industry to its "performers" is that they receive a form of value.  They receive adoration, attention and even worship from others and this is translated by the performers that they themselves, must have a certain value based on the input from others.  The admiration from others is required because the performers might not value their own inner selves sufficiently.  When a person's worth or value is in doubt, the admiration of others becomes all consuming.   Despite knowing that the admiration from their viewers is based presumably primarily only for their outward appearance or physical abilties, it is thought to 'better than nothing. To be admired for my body is better than the alternative - that without my body being on display, no one thinks I'm worth anything."

In the Pamela Anderson video, she is appears to be emotionally torn.  She feels empowered and valued when a multitude of men admire her body in Playboy magazine, but she feels hurt when own her husband prefers to view other women's bodies rather than be intimate with her.  She longs for her husband's validation and attention. She clearly longs to valued as his unique partner - a whole person -not just for her body, but for both body and character.  She longs to be exclusively desired by her husband as being the best and only woman in the world for him.  The adoration of a multitude of unimportant men who view Playboy, is important to her still because she still retains the feeling of being important to all those men despite the fact that she is not emotionally connected to any of them and that they mean nothing to her personally.  The porn viewers provide her still with a feeling of being worth 'something' to a lot of men and valued by them for at least her outward form.  This is hollow validation.  Pamela Anderson knows that it won't last and soon those same men will criticise her as she ages or puts of weight or has a plastic surgery failure.  The temporary validation given to her by porn is clearly not as important to her as the permanent value her husband would be able to offer her because his value would include her as a whole person. This is the validation that Pamela Anderson appears to be longing to receive.

When her body ages and is no longer 'hot' (novel or unique), Pamela Anderson will and indeed appears to already be seeking out the security of knowing that her husband values her supremely over all other women and that his love for her will not weaken as her outward attractiveness fades with age.  She longs to know that her husband will not discard her to click on another woman.  She longs to know that she has more than click-bait value.  She is a whole person.  She wants to be valued as a whole person but in a pornified society, that is almost impossible to achieve and even more so, when she has already been 'type-cast' as only having value as a depersonalised body.  A person who is confident in themselves, does not need or crave the adoration of other fallible, pornified, human beings.

On 17 September, 1982 Bill Margold was interviewed by Oprah Winfrey in a TV series called "People are Talking."
When Bill Margold attempted to defend his character against the apparently public accusations that he is 'sleezy' for his role in pornography, he is asked a question by Oprah Winfrey.  The following converstion took place.

Oprah Winfrey:  "and yet you take the most precious, intimate act and put it on screen and it's apparently not of value to you."
Bill Margold:  "It is totally of value to me.  It's also a way of perpetuating my immortality and that's more valuable.
Oprah Winfrey:  "I don't understand that.  You said that before."
Bill Margold: "No one seems to understand.  I'm in this business for one reason and one reason only and it's not sex because I've had a lot of that and it's been a lot of fun. And that's a very private and intmate thing to me.  When I perform on camera, I'm a machine and I'm a very good machine, well oiled, finely tuned and one of the best in the business.  I can give you what you want in 10 seconds and nobody else in the business can.  And what they want is called the money shot and I can't get really into that. Ah, beyond that. I'm not in it for the money, because I'm the strangest animal in this business.  I don't really understand money. I grew up on my own after high school. I sold dog food door to door.  I went to the probation department and worked as a probation officer.  I'm not into money.  I'm in it for the glory.  I like to see myself on the screen.  I like to see people watching me on the screen because I hear them laugh, I hear them sigh, I hear them clap.  They applaud me.  I have an inferiority complex.  I am aware of that and this validates my purpose for existence." 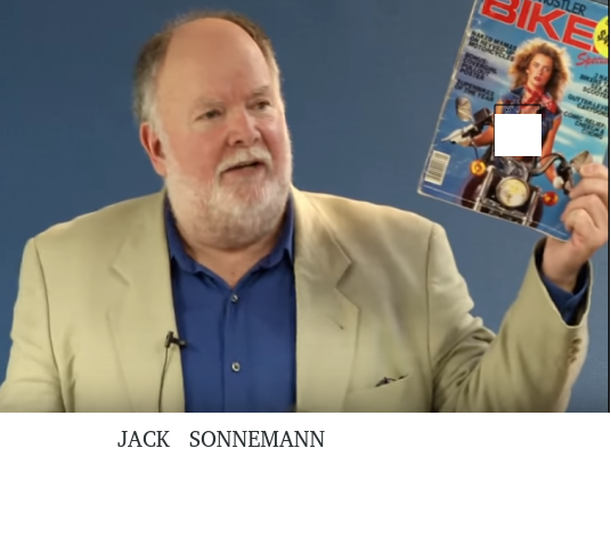 Marriage (long term intimate relationships) can only function sucessfully if both partners are able to trust in the love and loyalty of their partner.

When couples traditionally exchange marriage vows they declare that they will forsake all others and cling to their partner.  The vow to 'forsake all others' is generally understood to mean that the newly weds are promising to make their spouse their exclusive sexual partner and that they will not engage in any intimate relations or behaviours with anyone other than their spouse.  The couple will only have eyes for each other.   Well adjusted partners enter into marriage because they are convinced that their spouse is unique; that they possess a wonderful character; that they are incredibly special to the point of being irreplaceable.  They are considered to be the most attractive partner and the most valuable person in their life. The spouses feel incredibly valued by each other and the admiration is mutually experienced.