All the news items on this page contain a link where the original article can be located.
​None of these reports are the property of MindRewind.vip
The news items here are listed for educational purposes only, to demonstrate the vastness of the problem of our pornified society. 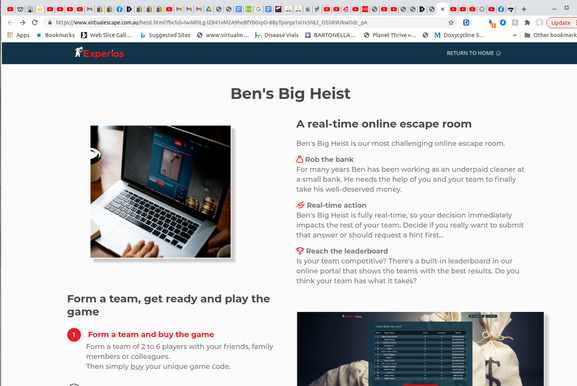 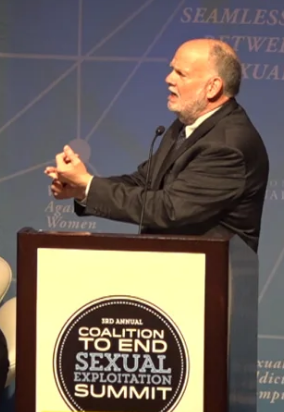 25 March 2021
Sex addiction in Turkey: A large-scale survey with a national community sample

23 February, 2021 - Uprise is teens taken from homes by sexual predators

What factor socially condition a man to the point where he decides to commit such a heinous and violent act against a woman?  Porn?  We have no evidence, but we believe it's not outrageous to suspect that the influence of a pornified society had nothing to do with the commission of this crime.
The following information is reported in the Ocala Star Banner.
Chad Paul Anciaux (33 years old), a registered sex offender who was convicted of sexually abusing a 14 year old female on 13 June 2010, later killed his girlfriend Jennifer Powell (53 years old).  Jennifer Powell was a grandmother whom Anciaux had known and dated for about 3 months.  On 6 November, 2020, video footage reveals that Anciaux first hit Powell in the back of the head with a baseball bat. Once she was on the ground, Anciaux hit her five times in the head and facial area. When a witness tried to stop the brutal beating, Anciaux charged toward the person, who then backed away.  Anciaux then rolled Jennifer Powell on her back, positioning her face up, and then hit her in the face and head with the bat at least 10 more times.  Anciaux, 33, is being held without bail at the Marion County Jail. At the time of his arrest, he was charged with attempted first-degree premeditated murder/domestic and resisting arrest with violence. Anciaux escaped the death penalty as of 10 January 2021.
​www.ocala.com/story/news/2021/01/10/death-penalty-killing-bat-beating-chad-paul-anciaux/6597673002/
https://www.ocala.com/story/news/2020/11/17/woman-beaten-baseball-bat-ocala-motel-parking-lot-has-died/6322070002/?fbclid=IwAR0sC6waOoGmwprVD0JslN7XBEvdXIm8NeTWMFcSzQkAln6uhqEoo7JtqUQ  and ​https://www.ocala.com/story/news/2021/01/10/death-penalty-killing-bat-beating-chad-paul-anciaux/6597673002/

A very sad and awful testimony.  If the report is true, it is more than horrifying.

"An elite junior sports player who raped a fellow teenager in the back of a car after an 18th birthday party will not spend time behind bars. .... The court accepted that the girl had repeatedly said no to oral sex and then to sexual penetration and that the boy continued until she stopped resisting, turned her head and cried.... Handing down his reasons for the sentence, Justice David Mossop said the offender had been, "at the least, reckless to consent", but noted he was also satisfied that the offender did not persist when it became clear to him that the victim was upset to the point of tears."
​By Peta Doherty, ABC News

So are we to believe that if a woman says 'NO' it is interepreted to mean the rapist can continue raping her until she gives up and cry tears of complete powerlessness?

17 Sept 2020 - Qld, Australia - Childcare worker, 39, is the accused ringleader of a paedophile ring responsible for the abuse of dozens of boys, girls and dogs over 15 years - sharing the vile abuse with three others who have also been charged 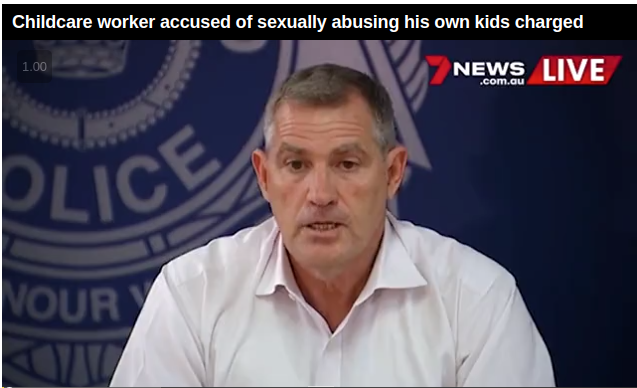 "A former childcare worker has been accused of being the leader of a paedophile ring where his own children, siblings and dogs were allegedly abused. The Townsville father, 39, was arrested on Thursday and charged with 104 child sex offences. His alleged offending happened between 1995 and 2020. He is also accused of taking images of his victims and distributing them over a number of years. Detective Senior Sergeant David Miles said a two-year-old girl, who was allegedly one of the victims, was rescued from a home in Cairns earlier this week.  Senior Sergeant Miles said the young girl was allegedly 'passed around as a result of exchanging of drugs'." By KELSEY WILKIE FOR DAILY MAIL AUSTRALIA  PUBLISHED: 15:07 AEST, 17 September 2020 | UPDATED: 16:06 AEST, 17 September 2020
Video link:
https://videos.dailymail.co.uk/video/mol/2020/09/17/3050464836393679269/640x360_MP4_3050464836393679269.mp4
​(link no long works as the video might have been archived) 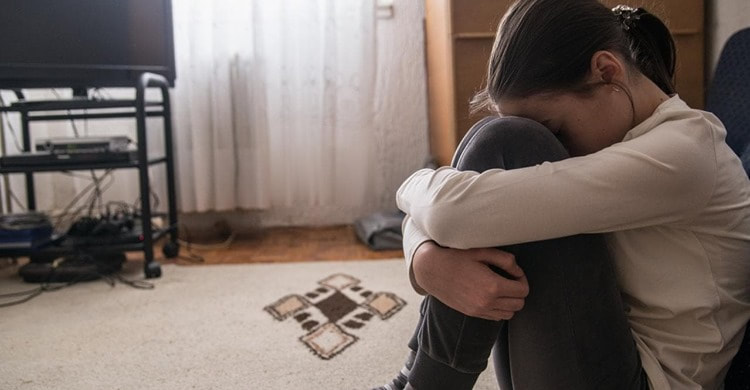 Qld, Australia
​A Glenview woman, charged with a list of disturbing offences including indecently treating a child and creating child exploitation material will go to trial in the supreme court after fronting a Caboolture magistrate today.
​https://www.facebook.com/CabooltureHerald/ (4 Sept 2020) (article archived, link no longer works)

The following is extracted from the ABC News report 5 June 2020
.
Australian Federal Police (AFP) have arrested nine men in relation to an alleged child abuse network that was filmed, photographed and shared online.

Releasing details of the investigation it said operated across three states, the AFP said 40 charges had been laid.
At least 14 children have been removed from harmful situations.

"The victims are getting younger and younger [and] this type of offending is becoming more violent and brazen."  Assistant Commissioner Gale said all victims were boys, aged between four and seven years old.

"Mr McMullen described his clients as "completely normal", claiming some even come to collect their dolls with their wives but admitted later that many of them choose sex dolls because they cannot form relationships with ordinary women."

This statement would tend to suggest that men who purchase the robotic dolls are afflicted with an inability to make emotionally intimate connections.
In this youtube video, the narrator states, "Men are already falling in love with Samantha' - robotic sex doll who gives 'love.'
Here we see the intentional misapplication of the words 'sex' and 'love.'  It is impossible to have genuine 'sex' with a robot as genuine sex requires the development of a genuine, intimate relationship.  A robot is unable to love and it is only love that heals the pain of not being loved.
​
youtu.be/wujTSaSn7l0
​(WARNING - TRIGGERING PORNOGRAPHIC IMAGES)
ABC NEWS
In her National Geographic series, "America Inside Out," Katie Couric learned about the world's first sex robot, Harmony.
https://youtu.be/-cN8sJz50Ng - 1/4 of all men surveyed said they would consider having 'relations' with a 'sex' robot  (3:50 mins into the video)
​(WARNING - TRIGGERING PORNOGRAPHIC IMAGES)

Disney features bisexual main character in new ‘Owl House’ kids’ show. The show is about a girl trying to become a witch.

Extracts from the article:
The influential pro-homosexuality and pro-transgenderism lobby group GLAAD praised the Disney Channel for its show. “We’re excited about the LGBTQ-inclusive storytelling in Disney Channel’s new animated series #TheOwlHouse, which is portraying an inclusive, fair, accurate, and age-appropriate world through the representation of its characters,” the organization wrote.
While The Owl House is the first show on the Disney Channel to feature a homosexual or bisexual main character, the once family-friendly company has been pushing homosexuality and gender ideology for years.
https://www.lifesitenews.com/news/disney-features-bisexual-main-character-in-new-owl-house-kids-show?utm_source=LifeSiteNews.com&utm_campaign=9a369ba5f3-Freedom_8_18_2020&utm_medium=email&utm_term=0_12387f0e3e-9a369ba5f3-407222930 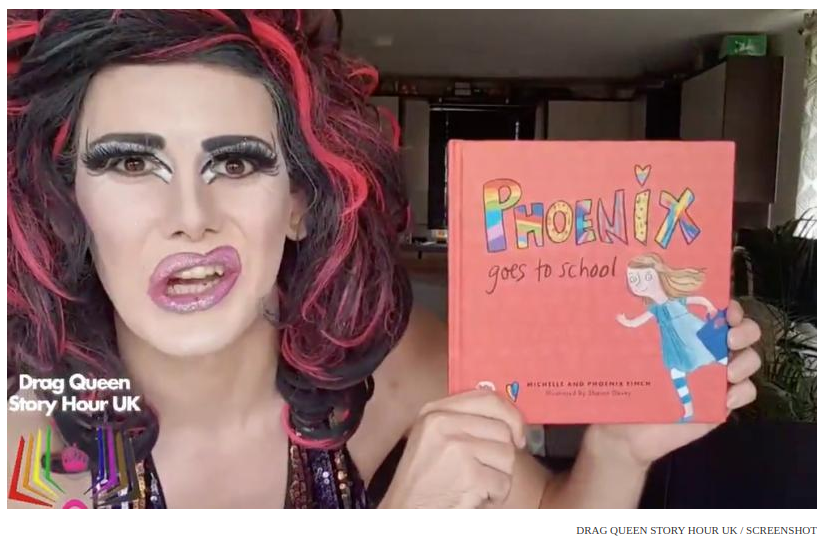 The tweet contained a photo of a smiling man wearing a rainbow suit and wielding a rainbow umbrella with the phrase “Love has no age!”
Before people start defending the tweet as innocent, UK Drag Queen Storytime promptly deleted it a short time later as people started to point out the phrase, which is frequently used by pedophiles (a riff on “love has no gender”) who are attempting to rebrand as “MAPs” or “minor-attracted persons.”
https://www.lifesitenews.com/blogs/drag-queen-story-hour-uk-reveals-true-colors-with-love-has-no-age-tweet?utm_source=LifeSiteNews.com&utm_campaign=9a369ba5f3-Freedom_8_18_2020&utm_medium=email&utm_term=0_12387f0e3e-9a369ba5f3-407222930

Their positive action provoked a positive result.  Here is their report.

"Not long after our petition launch we received information that Collective Shout, who originally launched the investigation into the sickening 'products’, was successful in pressuring Alibaba to remove them.  This is a massive win in the ongoing fight against child sexual exploitation globally.  Alibaba has said it will be working to prevent this from happening in future. We were expecting it would take much longer to see a resolution to this issue, so this is a great outcome.  We would like to thank our CitizenGO supporters who lent support to this important cause by writing to Alibaba directly or signing our petition. Thanks for all you do!   Caleb Stephen and the team at CitizenGO"

Teenage Girl Allegedly Molested as she Slept (Australia)
A teenage girl was allegedly sexually assaulted by a 51-year-old man while she slept at a friend’s house in northeast Sydney. The man was arrested at Wyong Police Station on June 24, two weeks after he was initially arrested but released without charge following the alleged assault. Police will allege in court the man was visiting a woman at the Belrose house on June 6, and sexually abused the 15-year-old girl while she slept. The attack occurred on 6 June 2020.  ttps://7news.com.au/news/crime/teenage-girl-allegedly-molested-as-she-slept-in-sydney-c-1154720?fbclid=IwAR0ebfpI39tLQj8nP21U_ZWJ4HdqGV9lk6aJfACXcmYAap1oQhfGg-fOLOo 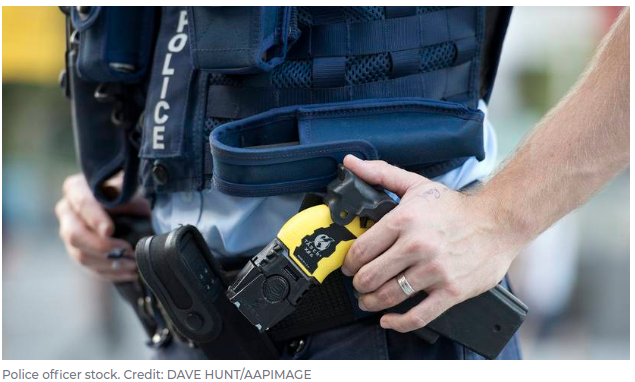 "A former West Australian police officer accused of drugging and raping women he met online is facing further charges after two more alleged victims came forward.  Former senior constable Adrian Trevor Moore, 50, first faced Perth Magistrates Court in March charged with 108 offences including 66 counts of rape - almost half of which were allegedly in circumstances of aggravation.  Police allege he met at least eight women through well-known online dating apps and stupefied his victims before sexually assaulting them between 2010 and 2018."
​https://7news.com.au/news/wa/former-wa-cop-adrian-trevor-moore-charged-with-more-than-140-sex-assault-offences-c-1152999?fbclid=IwAR0Oi8oxyA-9_oG-Z09iOwArTos_QSUvWhKXBiuavGwmurdhL7YE71SybSg 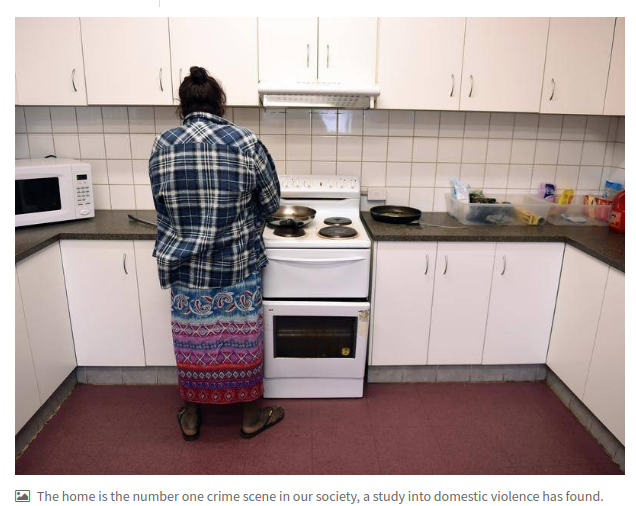 "The home is the number one crime scene in our society and the 'family man' is our most dangerous organised criminal," Monash University Criminology Professor Jude McCulloch told AAP on Tuesday.  "If you say those things it's quite shocking, its sounds hyperbole, but it actually demonstrates the empirical evidence.  "That's the degree of seriousness with which we should view family violence."
https://www.portnews.com.au/story/6813229/violence-against-qld-women-worsens-study/

Women Locked in Cages
In 1971, a movie called, Women in Cages was released.  It was a sexploitation film like many others which have been released onto the public by the myogynistic organisation Hollywood, with the effect of subdueing and disempowering women through sexual abuse.  The existence of sexploitatitive movies and their  release should be a cause for serious objection by men and women everywhere, and yet when we realise the extent of the PIMP EMPIRE's reach, we can understand why men and women have not risen up as a mighty group to denounce the sexual abuse.

In a non-fiction real life type  of sequel to Women in Cages and similar films, Mr Richard Jackson, a 67 year old man from Detroit, Michigan USA, has been arrested for keeping 3 women in cages in his home for the purpose of 'commercial sex.'  Mr Jackson was a pimp who was sex-trafficking and drugging the ladies whom he had emprisoned.  https://www.weeklytimesnow.com.au/news/national/sex-trafficker-kept-women-in-cages-inside-sw-detroit-home/video/19cf82b1c8a6d03b93a5c0921bb94a63

Why are men threatened by women's power?  Because women have the power to abandon and reject a man in the intimate areas of his life.  A woman can turn him down when he asks her to dance.  She can laugh at him when he asks her for a date.  She can scorn his inability to perform sexually.  All those rejections hurt.  The pain might also remind him of all the times his narcissistic or emotionally absent mother failed to meet his emotional needs as a child. Emotional rejection and/or abandonment and childhood abuse have been known to trigger men and more rarely women into becoming sexual serial killers and this fact is well documented.   A landmark study of 50 serial killers found that childhood abuse was more prevalent in 'lust serial killers.'   https://www.psychiatryadvisor.com/home/topics/violence-and-aggression/from-abused-child-to-serial-killer-investigating-nature-vs-nurture-in-methods-of-murder/
Causal link between Serial sexual murderers & emotional abuse