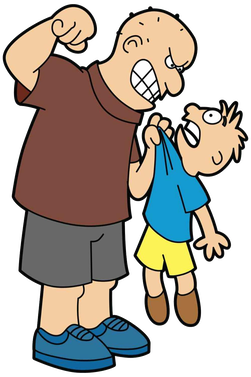 All human beings are designed to operate on love.  We function best when we give and receive love.  When our fuel of love isn't available to top up our emotional tank, we don't function well in community.  We are not wired to be weird, but we are prone to do weird things when a lack of love motivates us.  Emotional wounds can sometimes drive us to meet our needs in ways we would not normally consider.

Sometimes we can only find a substitute for love that numbs our emotional pain.  We give up trying to find genuine love and settle with fake-love or pseudo-love. Pseudo-love has the appearance of intimacy and conveys the idea of being valuable and powerful, but it is non-genuine and will not meet our need for love or convince us of our true value.  Just like a toxic chemical clogs up the brain's receptors for essential nutrients, so psuedo-love blocks the love-receptors in our emotional brain. 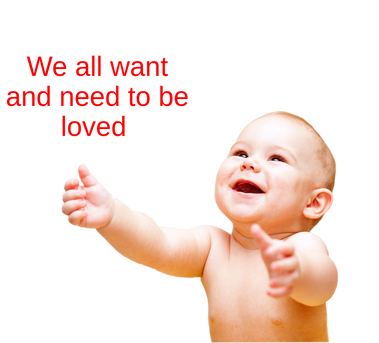 When love is not received, it is very painful.  When the situation continues, a person can decide that they will never expose themselves (be vulnerable) to emotional pain again that accompanies the expression of emotions that is necessary in the search for emotional intimacy.   They wall themselves off emotionally from others, thinking this will protect their injured heart.

Being comfortable with committing sexually abusive acts, requires that a person becomes selfish.  In order to be selfish, a person has to develop a lack of empathy and concern for how his/her actions effect another person.   If we can understand why and how a person becomes focused on their own sexual 'needs' to the exclusion of another person's needs, we might be able to predict and hopefully prevent the development of seriously troubled sexual offenders.  This response to emotional deprivation or bullying can result in a person using manipulation to 'get' what he 'needs' from others rather than sharing emotions honestly and using empathy to build healthy relationships. 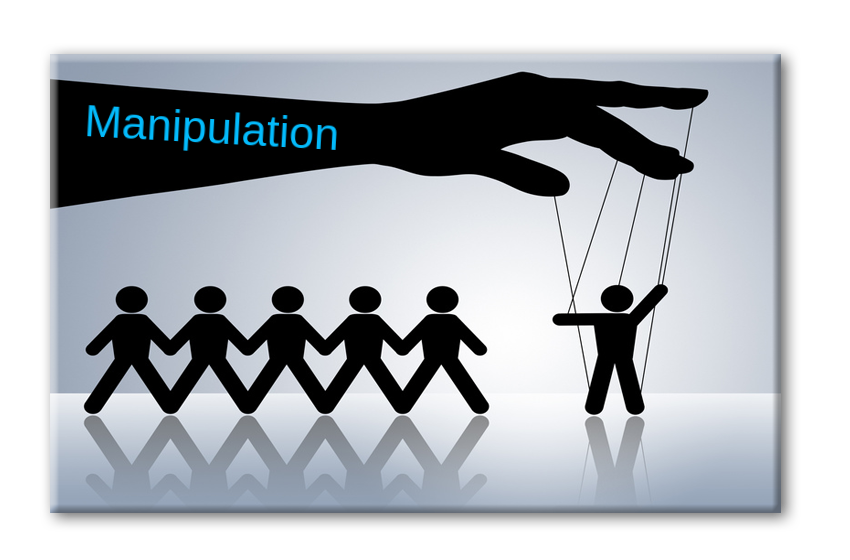 What factors are necessary to culture selfishness?   Why does the selfish person decide to focus on being selfish?  What is the source of the disorder?

We have to consider the persistent question, 'Is it Nature or Nurture' that causes a person to develop personality or social interactive disorders?  Is it genetics or the environment?  Are sexually abusive people born or are they cultured?  Or is it a case of an overlap of genetics and the environment or something else?
Lack of nurturing - (i.e. a lack of validation of personal value) is a proven cause that prevents normal development of empathy.  The video called, "How to Create a Bully" demonstrates this process very well.
When a child is bullied, they often lose their sense of self worth (as do many women when they are sexually abused by 'working' in porn).  The bullied child wrongly believes that because the bully is more powerful, he/she has more value.  The logical conclusion is that the bullied child needs to become powerful.  He/she needs to find a weaker victim to bully or overpower.  Porn provides many victims.  In the typical scenario, it is a boy who is bullied and when he seeks a 'weaker' target, porn provides him with multiple options of women, girls, boys, babies and animals.  When these individuals are presented as the weaker victims, the disempowered person is enabled to become a bully himself.  He begins to feel a false sense of power and sense an artificial increase in his self worth.  The sense of power is however, only temporary and the act of bullying someone else, injures his deep-seated, emotional wounds even further as he/she feels guilt and shame.  Repeated bullying causes  only increases the internal stress.  He needs to find a quick solution and seems to forget that the act of disempowering someone has created more problems and not solved the original problem of his loss of self-worth.  His original, faulty belief system is not recognised and so the cycle continues.

He doesn't want a woman.
He wants a body to abuse and a mind to destroy.

Anneke Lucas, enslaved as a child sex slave at age 6 until 11.  Anneke found compassion for her psychopathic torturers and researched what events in their childhood caused them to transfer their feelings of rage and frustration against her and other children. This survivor presents an extremely interesting Ted Talk.

Anneke says,
"Anyone asking for attention, is really asking for LOVE. If we can remember this when we see loud or inappropriate behavior, we can make a difference by our presence and acceptance alone." 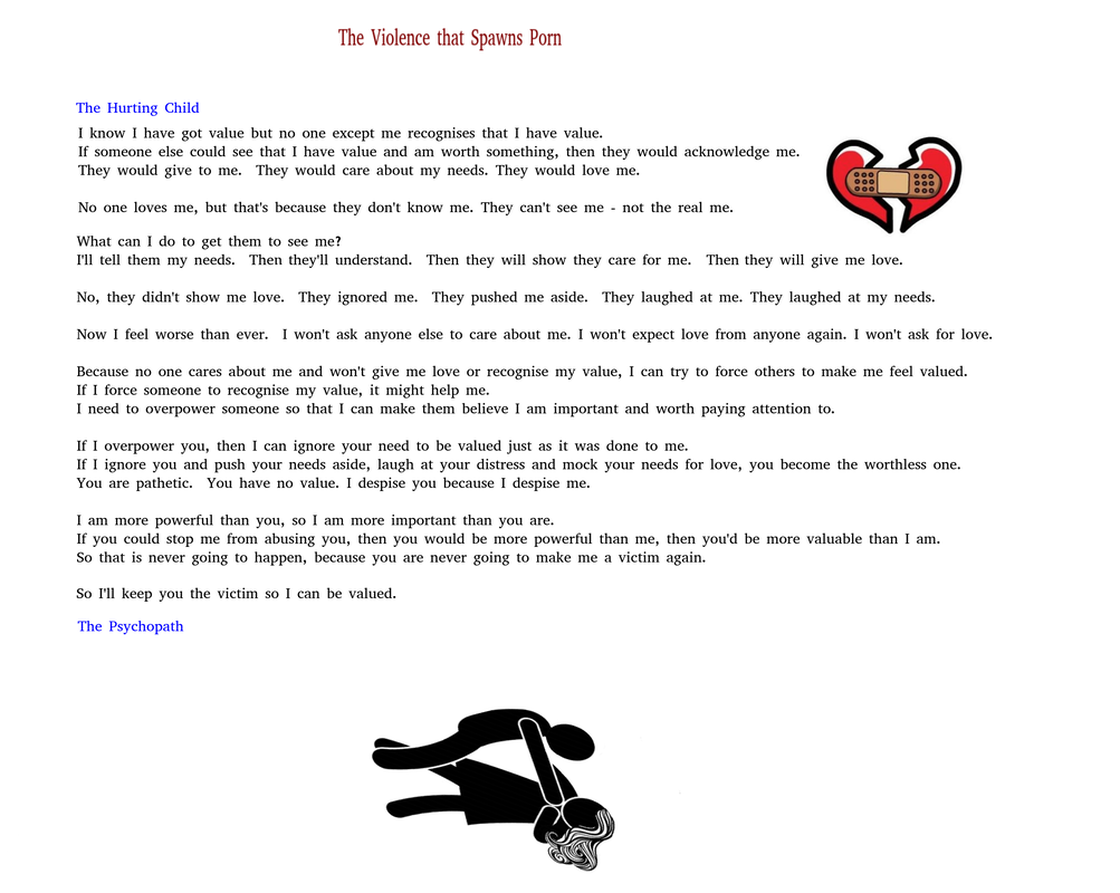 Narcissism
People with Narcissistic Personality Disorder are individuals who present with social and occupational impairment and who also suffer from subjective distress.  Other people can display narcissistic traits which are demonstrated as being self-focused, arrogant, grandiose (or vulnerable) who lack empathy and feel entitled to have their perceived needs met.

​Narcissistic personality disorder can develop due to the lack of nurture suffered in their early lives, perhaps due to a history of emotional neglect or abuse, but it is still debated by psychologists and medical professionals as to whether a combination of nature and nurture are involved. ​https://www.psychologytoday.com/au/blog/head-games/201606/how-narcissists-got-way#:~:text=2.,lesser%20potential%20to%20become%20narcissistic.

True narcissists believe they are smarter, more beautiful/handsome etc and that those qualities confer special entitlement upon them.   In a surprising twist, narcissists at their core, suffer from low self-esteem or low self worth.  They believe they are of low value, so they are driven to find value in the attentions and demonstrations of others.  The 'others' supply the narcissist's 'need' for approval and value.  This 'supply' of admiration and approval is what causes the narcissist to focus on trying to 'blow his/her own trumpet.'  The arrogant boasting is an effort to gain value from others.

At the core of other serious personality disorders appear the same core belief and accompanying feels of being  'not good enough.' As the stress increases without any healing love,  The narcissist tends to become socially isolated when loving people recognise how damaging his/her beahviour is to their relationship and withdraw from association with him/her.   Sadly, some empaths try for decades to 'cure' the narcissist with bountiful donations of love, but this strategy rarely succeeds.  The empathetic person is injured and their self-esteem severely injured as a result.

Antisocial Personality Disorder
Sociopaths and Psychopaths are terms that are not found in the Diagnostic and Statistical Manual of Mental Disorders. Doctors don’t officially diagnose people as psychopaths or sociopaths.  Instead, these people are diagnosed with antisocial personality disorder.

Like narcissists, sociopaths often blame other people and give excuses for their behavior. Some experts describe sociopaths as being 'hot-headed.' They act without thinking how others will be affected, whereas psychopaths tend to be more 'cold-hearted' and calculating in their actions.  They carefully plot their moves, and use aggression as part of their plan to get what they want.  Only of course, love cannot be bought, sold or forced, so the psychopath's greatest plans never produce the love that his/her inner core craves.

All of us need to give love, but also to receive love.  Without love, the indulgence of self and the drive to receive our self-worth and value from others, becomes relentless.  That's why some of us become weird, but just one person who expresses their love for us can turn that around.
Richard Ramirez
Richard Ramirez was on death row for 23 years for committing multiple, sadistic, sexual murders.
It is claimed by a prison 'friend' that Richard could not achieve sexual satisfaction without it being accompanied by extreme violence.  Richard blamed himself for having these problems and believed it was his choice.  He commented that society is evil, but he doesn't seem to connect the manipulation of pornified society with the effect it had on his mind and how it was anchored to and hijacked his true sexuality.
Richard stated, "I don't care about myself.  I never did."

It appears that feeling worthless (unvalued) is again an important factor in the lives of troubled and maladjusted people.  Worthlessness seems to accompany being disempowered as a child or youth.  Those who are important in our lives, such as parents and people in authority over us, are usually the sources we can depend on to value us and to empower us through their love.  Being valued (through being loved), empowers a person.   If we are deprived of love, we might assume that we do not have value, because if we did have value, others would demonstrate it to us.  Therefore those in power over us can disempower us through withholding demonstrations of love which if expressed, would reassure us of our value.

When we are shown love, we feel that we have value and we feel empowered because what we think or say, matters to others.

Emotional pain that is based on not having value to others and to oneself, can lead a person to attempt to deal with that pain or to escape from feeling that pain, through sexual 'relief.'  Pornified society links power with sexual behaviour.  The more violent the action, the more powerful is the performer.  So now, in order to feel valued injured people are drawn to displaying violent, sexual behaviour.  The sexual behaviour then is unable to be separated from the violence, and the violence becomes 'necessary' (in that conditioned state) to obtain sexual 'satisfaction.'  Disempowered, unvalued, unloved people temporarily feel powerful, sexual satisfaction and relief after violently and sexually attacking their victim.

The pornified society has manipulated the disempowered, unvalued, unloved person to find sexual 'satisfaction' from disempowering others, violently and sexually - a serial sexual offender.  Violence is anchored to sexual behaviour and both are combined to make the person feel empowered.

If the emotionally injured person identifies sexual abuse linked to a particular person (eg mother, father etc) revenge/pay back might also effect the victims selected by the serial, sexual offender/murderer as in the case of Ted Bundy.  Ted Bundy was emotionally wounded when he experienced rejection by a woman of whom he was very fond.  Was it simply a coincidence that all his many sexual attacks and murders were very similar in appearance to that of his former girlfriend?