Our society has become pornified, cultified and its members are now hypersexualised.

Thanks to the relentless advertising campaigns in numerous formats, no member of society is immune to or ignorant of the push to normalise the practice of dehumanising people through the genre of sexual abuse, which is cunningly disguised as 'the sex industry.'

In the young girl's mind, in her dreams, she consents to participating in porn and 'sharing' her body with strangers, so that:
In reality, she is consenting to allow others to sexually abuse her body and her mind.   She thinks she is consenting to having her body used, but she does not realise that her mind is going to be effected negatively too.  She does not realise that she is consenting to permit a process of dehumanisation to occur.  She is allowing herself to undergo a process where she will lose her dignity first as a woman and then as a human being, but just like the fine print in a contract, the clause about becoming dehumanised is written in invisible ink.

According to the Cambridge Dictionary, "A pawn is a person who does not have any real power but is used by others to achieve something." (https://dictionary.cambridge.org/dictionary/english/pawn)

Being a porn 'star' is not what the PIMP EMPIRE advertises.   ​
A woman who is a member of our pornified society, will almost certainly grow up doubting her personal value.  She is pummeled from every side with constant reminders that her value is based almost entirely on her ability to sexually arouse men.  She quickly learns that being even slightly 'thicker' than Twiggy makes her unacceptable; her previously beautiful eyes are the wrong colour and so is her hair. She was sure she was just right before, but now she learns that she is too tall/short.  Her parents must have lied to her when they said she was beautiful and perfect because now she is repeatedly reminded that her perfect skin is actually the wrong colour.  She is also the wrong age and her body parts are not the 'right' shape.   These social disapprovals are intentionally applied to women in our society to ensure they will develop into an excellent long-term source of income for the porn merchants and those who feed off Pimp Enterprises.  Confident women who know their own worth don't spend a lot of money trying to change their appearance - so confident women must also be 'broken down' at every opportunity.  Insecure women who are fearful of being rejected for 'not being enough' will purchase an infinite number of 'aids' to increase their 'beauty.' ​

Another lesson that a fearful woman learns is that she can gain expressions of approval from men that might be used to prop up her internal doubt about her own worth or value.  If she strips off her clothes, how the men stare at her in approval, their attention is rivetted on her!  The call out to her, expressing their 'admiration' for her. This sexually abusive behaviour by the men, is interpreted as being valued.  The woman feels as if her value has been confirmed, but she also knows that she is not valued as a whole person and that causes the emotional pain to increase.  More drugs, more alcohol, more money and things are required to dull the emotional pain of knowing that she is 'never good enough' for someone to love her.

If a woman thinks she needs to remove her clothes to encourage others to express their opinions on her worth or on her value, she is displaying her emotional wounds.  Wounds need to be healed, but healing can never occur while she is actively re-wounding herself in an effort to avoid facing the source of her fearful feelings.  Like a frightened animal caught in a vicious trap or in a barbed wire fence, the more she struggles to escape her fears, the more injured she becomes. ​ 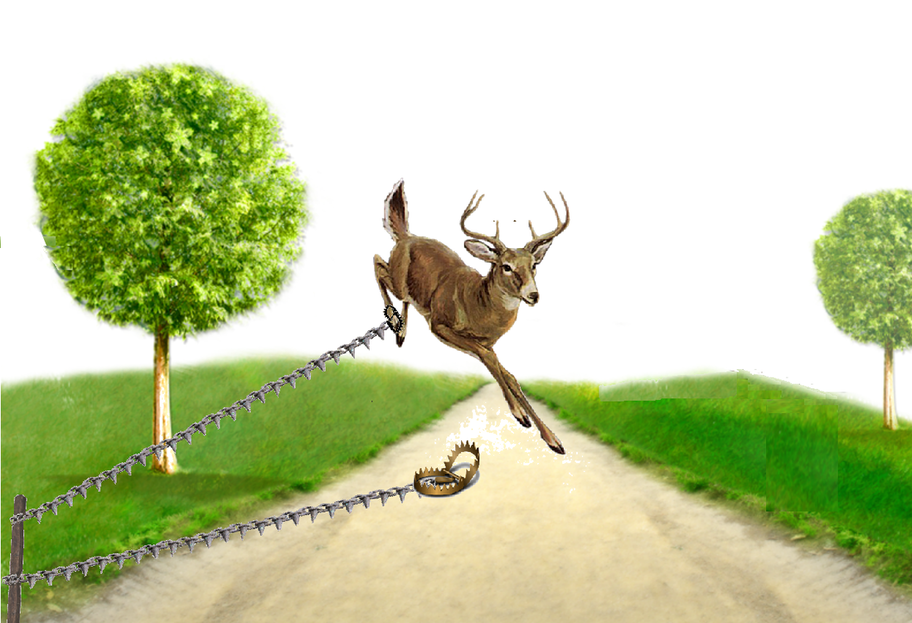 Like a frightened animal caught in a vicious trap or in a barbed wire fence, the more she struggles to escape her fears, the more trapped and injured she becomes.

Your value does not depend on your physical attributes.  Anyone who tries to tell you that needs to be kept at a long distance from you!  You don't need pimps giving you phoney praise!

Your value does not depend on your looks, your income, your behaviour, your race, your religion or your age.

Your value depends on the fact that you EXIST and you are not worth less - or more - than any other person on this earth.
​
​This is the truth that will set a lot of hurting women free.