PTSD (Phoenix Australia)
Experiencing the betrayal of your trust especially in an intimate area by a person you love and thought you could trust, is a traumatic and devastating experience.  Please do not underestimate the powerful effect that intimate betrayal can have on your mental health.  Post Traumatic Stress Disorder (PTSD) is a serious mental health issue and it can cause tremendous difficulties on a day to day basis and if untreated, can continue for decades - as has been witnessed in the lives of military veterans who have survived horrific and traumatic events.

Many sexual abuse addicts downplay the many consequences that their betrayal might have on their partners.  They might attempt to minimize the reality of their partner's grief in order to escape acknowledging the huge devastation their betrayal has caused him/her.  It is an attempt to avoid taking responsibility for the consequences of their actions.  Invalidating their partner's pain also helps to avoid accepting accepting blame and shame.  The betraying partner often seeks to blame their partner for causing the betrayal also. "You didn't give me enough sex."  "You wouldn't try any new positions."  "You forced me to go to other women/men, because you got so fat etc."

When a betraying partner avoids taking responsibility for the suffering they have caused, the chances of the other partner developing PTSD increases greatly.

The betraying partner can imply that their spouse's suffering is more intense than what is  normal.  They can minimize their partner's suffering or invalidate their grief.  This defense response in the betrayer is so common, we would suggest a partner expect or anticipate this strategy to occur.

While some people are more genetically predisposed to developing the trauma-response condition, it is not understood why certain people develop the condition while others do not. If you are suffering from PTSD or CPTSD (Complex Post Traumatic Stress Disorder) professional help is strongly recommended.  A caution regarding selecting a suitable therapist seems appropriate.  If a therapist continues to focus on your pain and reliving/revisiting the traumatic events without providing support for moving past the trauma, this is not a good sign.  If after visting a therapist, a client continues to feel anger and finds no path to resolution, perhaps finding a more suitable therapist is the correct decision.  While legally prescribed drugs (SSRIs) might ease depression or anxiety temporarily, medication itself can't cure PTSD.

A therapist who supports a change with cognitive therapies is vital to recovery and is, in our (unqualified) opinion, more effective to relieve stress and a decline in symptoms.

In the context of a partner who has been suffering from PTSD caused by his/her partner's intimate betrayal, we believe that further healing can be gained by understanding the causes of the partner's wounds that led to their acts of betrayal.

Many well researched and successful cognitive therapies can be used in the treatment of PTSD.  These therapies have shown success by assisting the necessary re-connections between the three involved structures in the brain - the amygdala, the hippocampus and the prefrontal cortex.  Some therapies can be found here: https://adaa.org/understanding-anxiety/posttraumatic-stress-disorder-ptsd/treatment-facts

Joe Cohen describes PTSD well and the following extract is taken from his work which is available as part of a DNA Wellness Report at Self-Decode which can be ordered and generated here: https://selfdecode.com/report/

What is PTSD?
As its name suggests, PTSD is a stress disorder that arises after someone experiences trauma — but not everyone agrees on what constitutes a traumatic event! In addition, where two people experience a similar event, only one of them may actually go on to develop PTSD as a result [R].

Some of the events or experiences that may lead to PTSD include [R]:
People are also more likely to develop PTSD after these events if they [R, R]:
Once developed, PTSD is described as having four primary types of symptoms [R]:

Re-experiencing symptoms include
Avoidance symptoms describe the tendency to avoid places, events, or objects that remind the person of their traumatic memories. Arousal and reactivity symptoms include:
These symptoms are generally considered normal when they occur within the ﬁrst few weeks after experiencing a traumatic event. However, if they last much longer, it’s extremely important to go see a doctor or therapist and seek out community support.

Joe Cohen, founder of Self-Decode and Self-Hacked, presents personalised information on a person's genetic make-up and predisposition toward suffering from PTSD and other conditions based on the study of an individual's DNA.  From a sample of saliva, a readout is produced and analysed and suggestions made for supporting that individual according to their genetic predisposition to PTSD.  If you have suffered significant trauma it is important that you receive the proper care for your mental health especially before, or at least while trying to navigate the pits of intimate betrayal.

Self-Decode outlines the genetic markers that impact PTSD.  The following information is taken from a sample report.

The OXTR gene encodes the receptor for oxytocin, a hormone that can reduce activity in the amygdala. The amygdala is a part of the brain responsible for fear and anxiety [R, R, R, R, R].
Your genotype for rs53576 (‘AG’; heterozygous) may reduce sensitivity to oxytocin, and has been associated with increased odds of PTSD [R, R, R].
Physical touch with your loved ones, friends, and pets naturally increases oxytocin. At the same time, intimate contact helps relieve stress and anxiety, but its eﬀects on PTSD have yet to be studied [R, R, R, R].
Melatonin may boost sensitivity to oxytocin by increasing the activity of its receptors. People with PTSD tend to produce less melatonin at night, which can impair their sleep quality and contribute to PTSD symptoms. Melatonin supplementation before bedtime may reduce or prevent these adverse changes [R, R, R, R]. (Joe warns in another place, not to take melatonin for more than 2 weeks at a time)
Probiotic strain Lactobacillus reuteri may increase oxytocin in animals. People with PTSD have lower levels of Lactobacillus and other probiotic strains, and may thus beneﬁt from probiotic supplementation [R, R, R, R, R].
All scientific references [R] are given on Joe Cohen's website.
​https://selfdecode.com/page/contributors/ 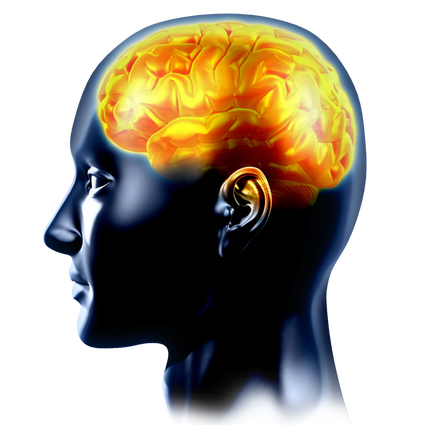 On 10 May 2013, Navy Capt. Paul S. Hammer,  the Director of the Defense Centers of Excellence for Psychological Health & Traumatic Brain Injury published an article on how PTSD occurs in response to a trauma that overwhelms the brain's ability to manage it in the usual manner.  The following information is based on and in places, extracted from Navy Capt. Hammer's article.

We need to understand that there are three brain structures involved in PTSD -  the amygdala, hippocampus and the prefrontal cortex.  Navy Capt. Paul S. Hammer describes the brain structures in the following way:
"The amygdala is the stress evaluator. It continuously monitors all situations for danger and decides when to react. The sights, sounds and smells of frightening and dangerous memories are stored here. When the brain recognizes similar situations, the amygdala sends out danger signals and gets the body ready for a flight or fight response. The hippocampus stores and retrieves memories, everything from where you attended second grade to where you parked your car three hours ago. If your brain is a computer, the hippocampus is the hard drive.  The prefrontal cortex is the large part of the brain sitting right behind your forehead. This is the executive-functioning area responsible for rational thought and decision making. In the computer analogy this is the central processing unit running the programs."

Navy Capt. Paul S. Hammer describes it like this:
"With PTSD, the nerve circuits connecting the amygdala, hippocampus and prefrontal cortex aren’t working correctly. The hippocampus can’t store the memory and the prefrontal cortex can’t override the hippocampus to tell the amygdala to calm down when there is no danger.  PTSD is a cluster of symptoms that occur for at least a month or more. When someone has PTSD they persistently re-experience the traumatic event, through recurring thoughts, nightmares and flashbacks because the hippocampus is not storing memories correctly. They will also experience persistent avoidance of stimuli associated with the trauma such as connected thoughts, feelings or places because the amygdala is essentially yelling, “danger!” Additionally, a patient with PTSD will have persistent increased arousal that may cause hypervigilance, irritability, difficulty sleeping or an exaggerated tendency to be easily startled." https://www.ncbi.nlm.nih.gov/books/NBK224876/

While PTSD is a serious condition, it is important to know that the brain can heal. A qualified therapist can teach a patient with PTSD, how to cope with the stress arising from remembering traumatic events and experiencing triggers of the original traumatic event/s.  Healing and coping requires an understanding of the process and working with the patient's own situation to once again realign the circuitry between the amygdala, hippocampus and prefrontal cortex.
More information here: https://www.brainline.org/article/dcoe-director-explains-science-behind-ptsd

Sometimes it's difficult to 'keep your cool' and if you are suffering from PTSD it might feel impossible to do so when your trauma is triggered.  Please understand that you are not going 'crazy.' The following video might help explain a little more about what might be happening to you.
Please seek professional help if you are suffering from symptoms following an intimate betrayal and think that you might have symptoms outlined above.